I started thinking to write a blogpost in my website that is running from when I had 18 years. So the idea was to do a recap of what happened in this 10 years like I was 20 and thinking like it is incredible.

I probably forgot something but, hey this is life something goes forward something require a bit of search in your hard drive. 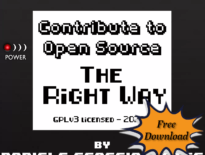 Mozilla My free software and open source activities of Jul…

Mozilla My free software and open source activities of Jun…
0